Sellafield Ltd, the company responsible for safely delivering decommissioning of the UK nuclear legacy, have awarded Wellman Booth, a division of the Clarke Chapman Group Ltd, a multi-million pound contract to refurbish four High Integrity Cranes for their plant at Sellafield in West Cumbria.

The cranes will be dismantled, re-assembled and tested at the Clarke Chapman Manufacturing facility at Gateshead. On completion of the Factory Acceptance Tests the cranes will be ‘handed-over’ to Sellafield Ltd engineers for Integrated Works Testing for a period of 16 weeks prior to dispatch.

The cranes are scheduled for delivery to site in December 2017.

Kevin Finnemore, Director and Business Manager of Wellman Booth said that he was extremely pleased to have been awarded this prestigious contract, which is critical to the safe decommissioning program at the Sellafield facility, and looks forward to working with the Sellafield team to safely deliver this complex engineering project.

The BEP Project follows a similar contract award to Wellman Booth by Sellafield Ltd in 2014 for two cranes for the BEPPS/DIF Project. The photograph below shows these two cranes currently under Factory Acceptance Testing at the Gateshead facility. 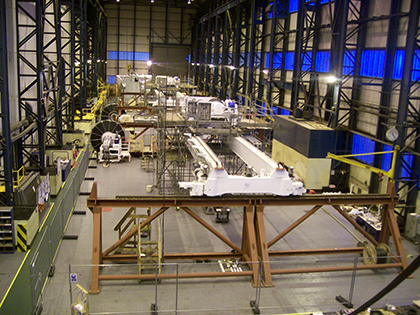 Close
This site uses cookies. By continuing to browse the site you are agreeing to our use of cookies. Find out more here